The proposed three-story building will include 46 one bedroom affordable units for seniors and two commercial spaces totaling 5,750 sf. Amenities for residents include laundry on each floor, storage space, a fitness room. The “L” shaped building footprint helps define a large private courtyard reminiscent of a plaza in a typical Puerto Rican community. The client was particularly interested in using the courtyard as a means to encourage socialization amongst residents and build a sense of community and ownership.

Elements of the facade were influenced from many of the existing lower west side residential and mixed use buildings, but also suggests details and colors consistent with Spanish Colonial architectural styles. 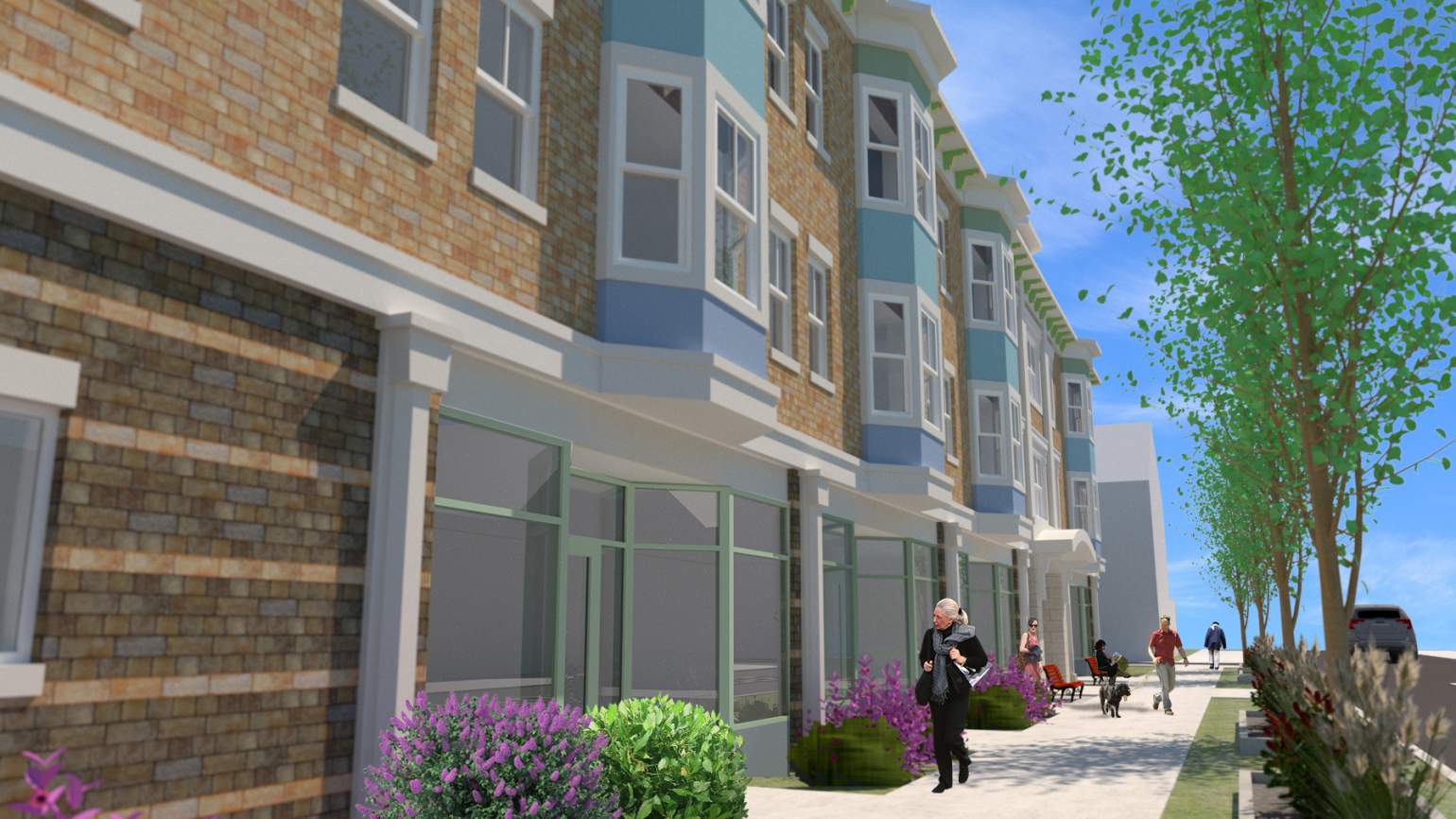