Women & Children’s Hospital of Buffalo Urban Campus Redevelopment or “Bryant Park” is grounded in returning the site to a scale and configuration closer to the original campus. This would be accomplished by introducing as priority #1, an urban pocket park that is publicly accessible and privately operated. Open space would be developed by strategically reducing the amount of facility square footage at the base of the Variety & Tanner Towers and between the original Annex, “D” Building and “MH” Building. The goal is to erase the megastructure character of the current hospital complex and to introduce a public space with green space and building amenities that serve the local community. 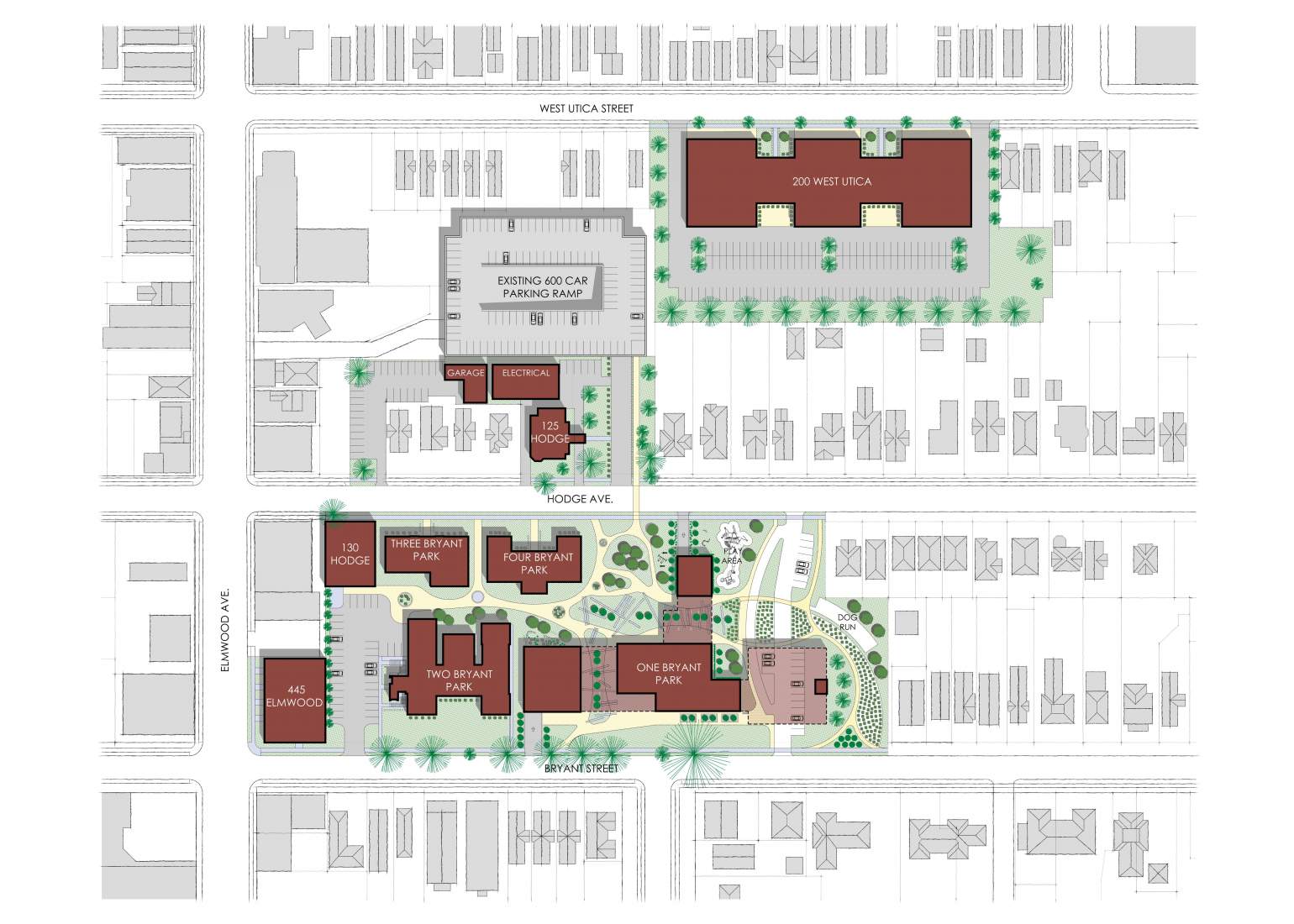 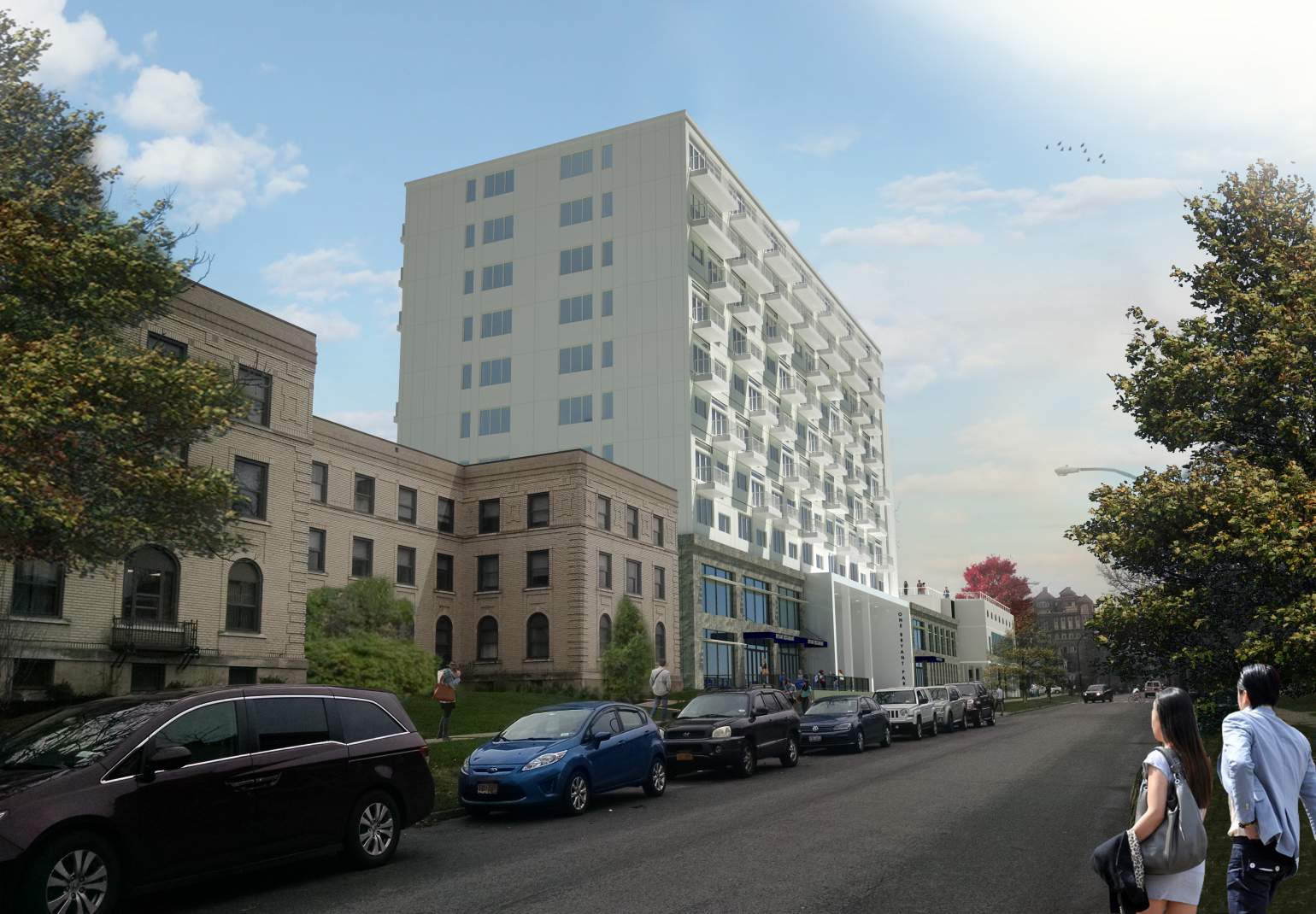 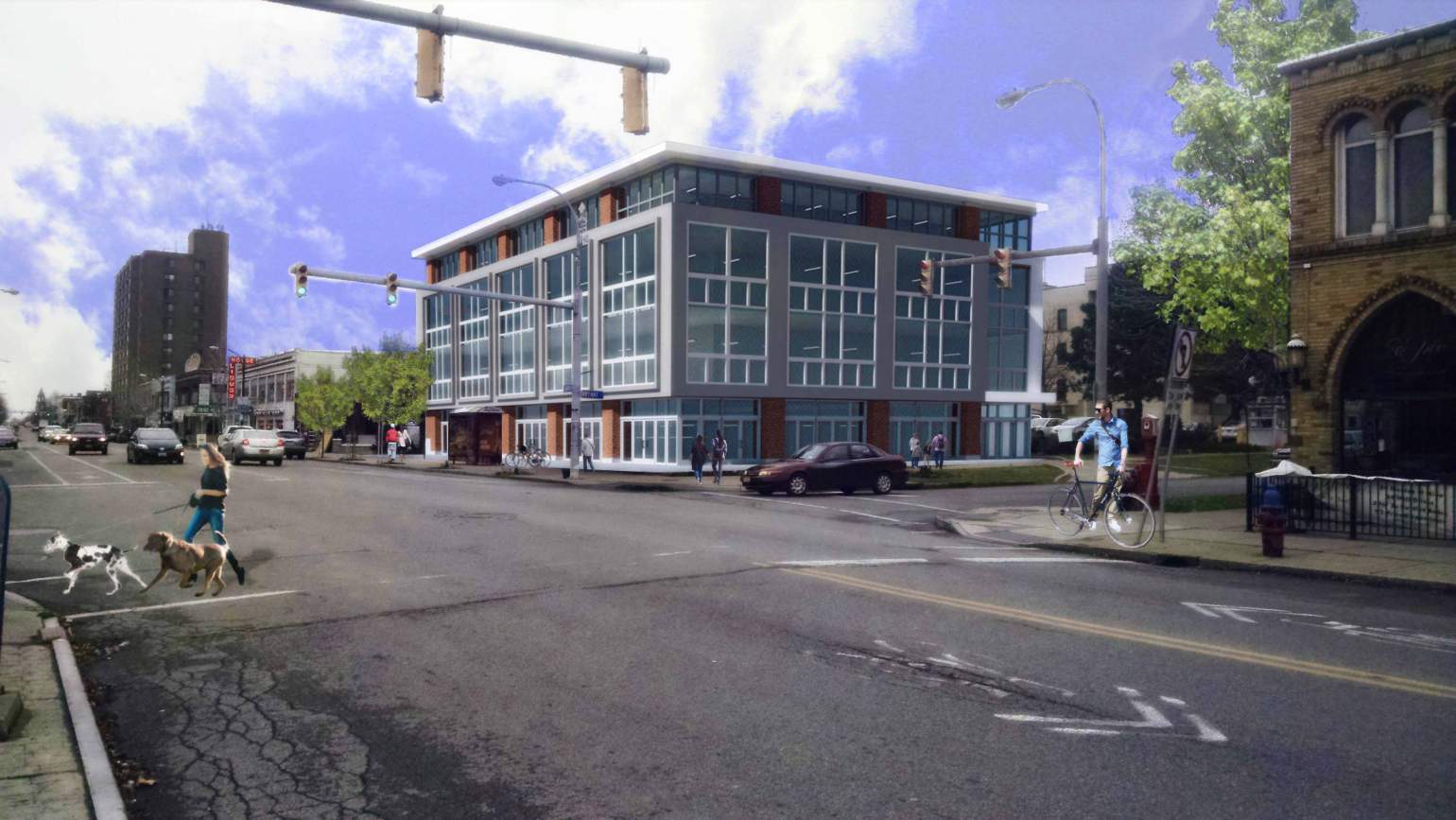 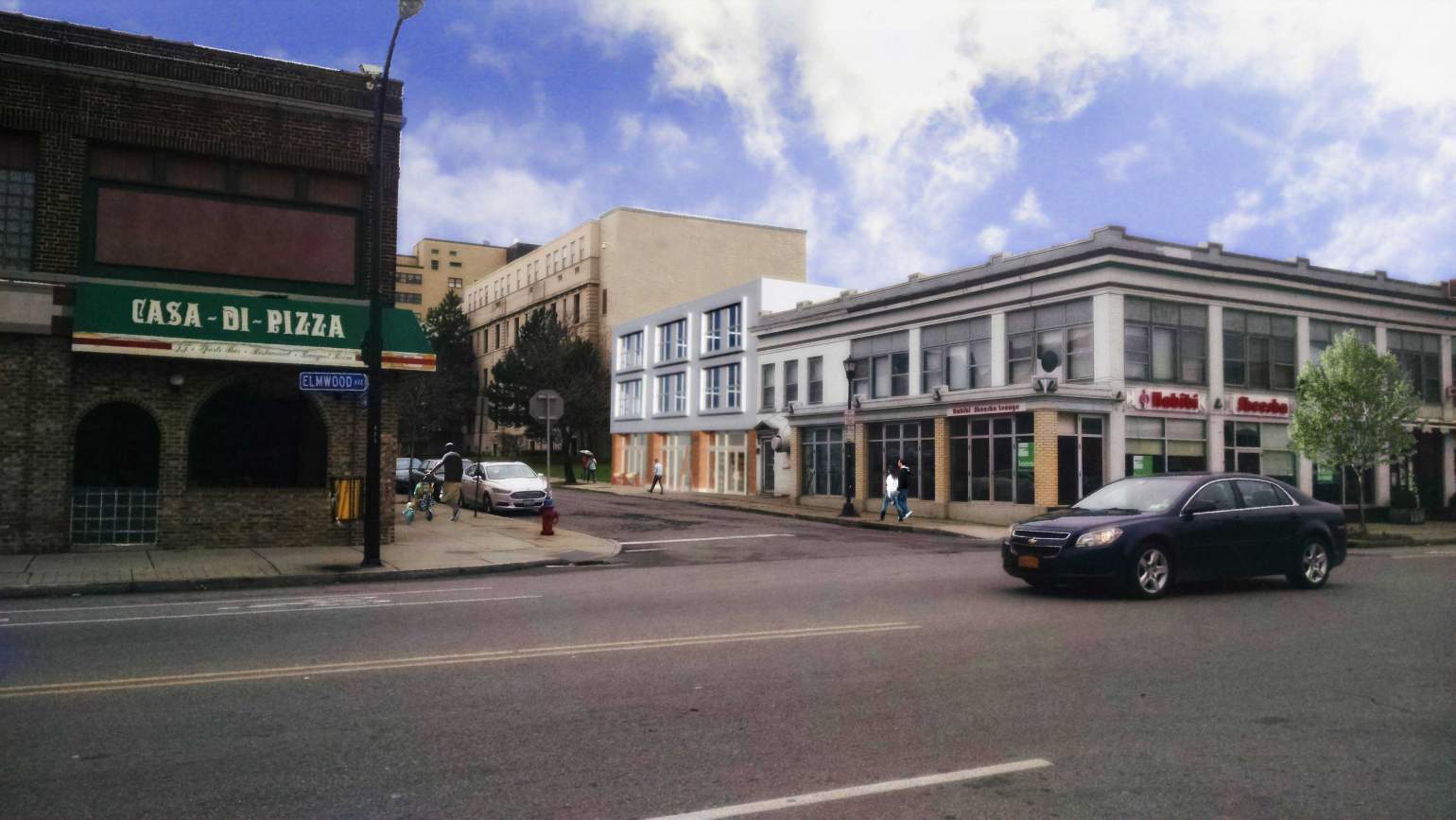